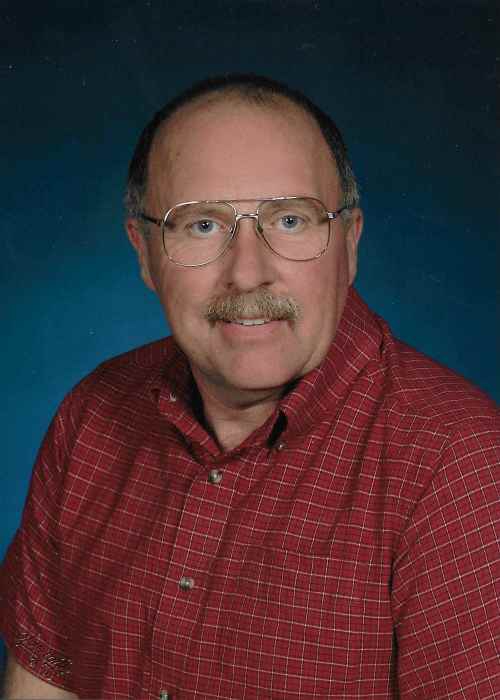 To know Bill Jewell was to know kindness, patience and tolerance. He was someone who never spoke negatively about anyone and was always available to lend a helping hand. Diagnosed in 1982 at the age of 30 with MS he took this in stride as he did other of life’s obstacles.  In 1982 there was no treatment for MS so Bill did what the neurologist told him to do “Go out and live your life”!  Six months after the diagnosis he married the love of his life Diane Stedham-Jewell in June 1982.  They completed their family with the birth of their sons, Chad in 1984 and Cody in 1985. Bill’s goal was to make sure he was able to work and get both of his boys through high school and college, which he was able to accomplish.

Once Bill’s sons arrived he immersed himself in daddy duty. As the boys grew he coached baseball and soccer and was a Boy Scout Leader. Although he was not a sport’s enthusiast he traveled many miles and watched hundreds of soccer matches as both boys played select soccer.  He also traveled for any other sport they were participating in and rarely missed a football, basketball, baseball or wrestling match. He was a devoted husband, father and grandfather.

He enjoyed his restored 1953 CJ-3B High Hood Jeep (which always required tinkering of some kind), bird hunting, camping, skiing, hiking and helping lots of friends with their motorcycle repairs.  The garage always had some kind of project in it. He never met a stranger and had a bit of a reputation as a story teller, these stories were often times much longer than Diane felt necessary. Bill was a treasured friend to many and could be counted on to lend a helping hand as needed.

Bill was a member of Immanuel Lutheran Church in Centralia. He served on the church council and was a member of the construction team that built the current facility by volunteer labor.  He so enjoyed the men’s group and their Saturday morning breakfasts and Bible studies.

Bill was a hard worker. He began working as a teenager at Kelly’s Sport Shop in Chehalis while attending Centralia College and earning his AA. He went on to Eastern Washington College to study Psychology and Special Ed. Knowing he would be happier working outdoors he came back to Centralia and began his career at WIDCO (Centralia Coal Mine) as a heavy equipment operator. “BJ,” as he was known to his co-workers, worked at the mine for 38 years until it closed in 2006. Following the mine closure Bill took a medical retirement which his neurologist had advised him to do 2 years earlier. In retirement Bill enjoyed working in his much larger “dream” shop and began wood working. His cedar flower boxes were a treasured gift for the recipients.

Bill was born June 19, 1951 to Donna and Carroll (Red) Jewell in Chehalis, Washington. He passed away at home surrounded by family on March 2, 2021 in Chehalis, Washington.  Bill was a lifelong Centralia resident until December 2020 when he and Diane relocated to Chehalis where they were building a new home customized to meet his needs. He was a graduate of the class of 1969 in Centralia.

Bill is survived by his wife of 38 years Diane Stedham-Jewell. His sons Chad (Jacki) Jewell of Chehalis, and Cody Jewell of Lacey. The loves of his life his grandchildren, Kennadee, Savannah, Cohen and Lane. Bill was a loving PaPa and his grandchildren were all able to hug and kiss PaPa the night he passed.

He is also survived by his sister and brother-in law Toni and Chuck Ruhl, brothers and sister in laws, Ken and Carmen Stedham, and Connie and Russ Pickett, and his cousin Iryl Tortorella. Bill was a loving and caring uncle to Carol, Jessica, Sonja, Kirsten, and Kenner and several other great nieces and nephews.  He also leaves behind his special pal “the shitty terrier” Sophie.

Bill was preceded in death by his parents and his mother and father-in-law Ken and Helen Stedham.

In the past 5 years as his MS progressed, Bill took that in stride too.  Despite being confined to a wheelchair for the past 4-5 years he never complained. The family finds assurance in knowing Bill is living in the presence of his Heavenly Father able to walk tall and run free.

In lieu of flowers memorials are suggested to The Visiting Nurses Foundation Centralia or The National MS Society, The Greater Northwest Division.

Plant a tree in memory of William "Bill" Jewell

A Memorial Tree was planted for William "Bill" Jewell

Plant a tree in memory of William "Bill" Jewell