Share a memory
Obituary & Services
Tribute Wall
Read more about the life story of Rosalie and share your memory.

Rosalie "Pode"(Rushton) Hendricks passed away in her Mossyrock, Washington, home on November 23,2022.  Pode was born on May 27, 1928, to Bob and Gladys Rushton in Copalis, Washington. The Rushton family moved many times during her childhood. She attended school in Hoquiam, Boistford, PeEll, and Morton, and graduated from Mossyrock High School in 1946.  As a young person, she worked in the seafood industry shucking oysters and clams. Pode worked many years as one of the only women to man Lucas Creek Lookout. She also worked in the strawberry fields for the Powel family in Silver Creek, and the Anderson blueberry Farm in Mossyrock as a "berry" bus driver and a field boss for 30 years. She was known to be strict and fair. In Pode's retirement, she enjoyed working at her son's store, the Mossy-Mini in Mossyrock.

While Pode was in High school, Mossyrock school put up a bulletin board honoring the servicemen in WWII, where Frederick Hendricks' picture was posted. Pode walked by his picture and said, "I am going to marry that soldier." Pode met that handsome soldier after the war. They dated for a short time and were married on September 9,1946. They made their home in Onalaska where they raised three children and were lovingly devoted to each other for sixty years.

Pode was active in her family and community.  While raising her children, Pode was a local 4-H leader. Her favorite past time was traveling. She and Fred took yearly summer road trips, and they were active in the Good Sam Club. They especially enjoyed their time as snowbirds, spending many winters in Quartzsite, Arizona. Pode was also a member of the Mossyrock Garden Club and the over 50 Club, always happy to attend a potluck or gathering. Pode was baptized and attended the Baptist Church in Silver Creek. Pode enjoyed reading, playing bingo, and going to the casino with friends and family.  She was a sports fan and loved cheering on the Mariners and Seahawks. Her door was always open, ready for friends and family to stop by for a visit.  Her family was the most important aspect of her life, and she was always interested and involved in their lives.

Pode is survived by her Sister, Dona Letteer of Deary, Idaho; her oldest daughter, Dianna (Arnie) DeYoung of Centralia, Washington; her daughter, Susan (Michael) Johnson of Chehalis, Washington; and her son, Fred (Sheri) Hendricks of Onalaska, Washington, along with 6 grandchildren, 15 great-grandchildren, and 2 great-great grandchildren.  Pode also had many nieces, nephews, cousins and friends. She is preceded in death by her husband, Fred Hendricks and her siblings: Gen Young, Bud Rushton, Dea Swigert and Pete Rushton.

A viewing will be held at Newell-Hoerling's Mortuary December 1, 2022 at 10am-12pm.  A graveside service will take place at Klickitat Cemetery in Mossyrock at 1pm, with a dinner reception to follow at Salkum Fire Hall. Please bring a dessert to share. Flowers can be sent to the mortuary, or donations can be made in Pode's honor via Venmo@LennonsWarriors.

To send flowers to the family or plant a tree in memory of Rosalie Edna (Rushton) Hendricks, please visit our floral store. 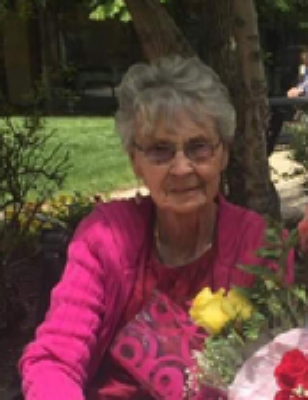 You can still show your support by sending flowers directly to the family, or by planting a memorial tree in the memory of Rosalie Edna (Rushton) Hendricks
SHARE OBITUARY
© 2023 Newell-Hoerling's Mortuary. All Rights Reserved. Funeral Home website by CFS & TA | Terms of Use | Privacy Policy | Accessibility