Share a memory
Obituary & Services
Tribute Wall
Read more about the life story of Randolph and share your memory.

Randolph Simon “Randy” Morin, 58, of Centralia, Washington, passed away Friday, December 16th, 2022, at Virginia Mason Hospital in Seattle, following a courageous battle with an illness. Randy was born October 29, 1964, in San Rafael, California, to Joseph and Sylvia Morin. Randy was raised in San Rafael, and earned his Bachelors Degree at a college in another city following a move after graduation from High School.

Randy moved to Nevada in his twenties. He was a firefighter for a time but had to step back due to insufficient pay to live on. Reluctantly, he changed career paths, first working at a bank in Nevada, then as a branch manager in California before moving his way up to District manager at his new home in Casper, Wyoming, where he and his sweetheart, Marcie lived from 2010 to 2015. In the period preceding this, he had a kidney transplant in 2001.

He and Marcie met online around the end of 2004. They lived about an hour and 15 minutes from one another and met in person a little over a month later. The couple married on the front lawn of their home in Grass Valley, Calif., on September 25, 2008.

He was preceded in death by his parents and his mother and father-in-law.

A memorial service will take place  at 10:30 AM, Tuesday, January 17, 2023, at Newell- Hoerling’s Mortuary in Centralia. The service will be ‘Zoomed’ for his out of state family and friends.

To send flowers to the family or plant a tree in memory of Randolph Simon Morin, please visit our floral store. 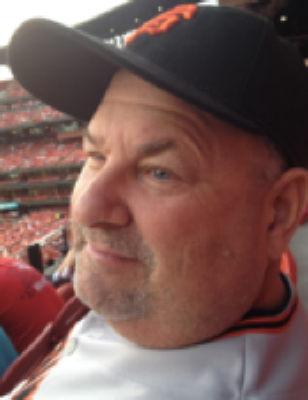