Share a memory
Obituary & Services
Tribute Wall
Read more about the life story of Gilbert and share your memory.

Gilbert Thomas Kimbrough was born June 14, 1932 to Robert and Thursa (Hunter) Kimbrough
in Cushing, OK. He was the fourth of six children. During the height of The Great Depression,
the Kimbroughs moved to Powell, Wyoming and then to Kennewick, Washington. Gilbert graduated
from Kennewick High School in 1951. The Korean War was at hand; however, college
deferments were granted to young men and Gilbert chose to attend Central Washington College
of Education in Ellensburg, Washington. After one year at Central, Gilbert moved to Seattle, Washington, and met
his first wife, Jacquelin (Van Valkenburg) Johnson, whom he married in 1954. In order to support
himself and his upcoming marriage, Gilbert joined the Army in 1953 and served two years in the
508th Airborne Infantry at Ft. Campbell, Kentucky, as a paratrooper. Following his time of service, he
attended the University of Washington and received his BA in English in 1958.
Gilbert’s first teaching job was at Morton High School. He met his second wife, Bonnie
(Viehmann) Kimbrough while attending a Lewis County teacher’s event. They were married on
June 10, 1965, in Polson, Montana. Gilbert worked a brief time at Green Hill School in Chehalis before
embarking on his 15-year teaching career at Centralia High School (1972-1987). Gilbert taught English and
History and spent many years as the school's Speech and Debate Coach. In addition, he also taught
English 101 as night and summer classes at Centralia College.
In the early 90’s, Gilbert and Bonnie became sole owners of Big Arm Resort on Flathead Lake,
Montana, where he would manage the grounds and run the fishing dock to his heart's content.
The resort was sold in 2003, and Bonnie and Gilbert retired, buying a home in Centralia where
they spent their golden years together. Annual trips were still made to Flathead for real
vacations.
Gilbert was a sponge for knowledge and an avid reader. As a young boy he would stop at the
library everyday to return the book he read the day before and pick up the next book in line from
the bookshelf. He was a historian and loved anything he could read or watch on the topic.
Current events were also important to him; he never missed the nightly news or reading the
local newspaper. With seemingly endless ideas, Gilbert tried many times to be an author.
Although he never completed a story, he was fondly known to some of his grandchildren as “The
Storyman.” He would start a plot and send it to the grandkids and ask them to continue the
story.
Gilbert’s attraction to the written word was also manifested in his homemade cards, especially to
Bonnie. In his retirement he taught himself how to do calligraphy; for a man with the worst
handwriting, he amazed everyone with the beauty of his lettering. As an extension of his love for
language, Gilbert was the master of puns which he captured on t-shirts, hats, index cards,
napkins, etc. His high intelligence coupled with his quirky sense of humor left the recipient
dumbfounded on more than one occasion!

Gilbert was kind-hearted, loving and charitable. He taught his children to never do anything that would harm or cause more work for someone else. Gilbert and Bonnie would bring troubled youth into their home under the guise of needing a full-time babysitter. Gilbert carved out time for “dates” with his children to grab a piece of pie and make them feel special. He would bend over backwards trying to help his grown children’s families and talking intellectually with his grandchildren brought him great joy. Gilbert had a soothing touch with babies. His famous Indian “hi yah” bounce on his knee was enjoyed by even his great-grandchildren!

Besides his love for reading and fishing, Gilbert enjoyed trap shooting, camping, cooking, woodworking, caring for his yard, playing Bridge and watching sports. When his kids were young, he coached t-ball, Little League and high school track and helped deliver newspapers. Gilbert spent his last days enjoying his beautiful backyard, watching the birds, complaining about the ivy and rhododendrons and visiting with family and friends. He was surrounded by his family and reposed in his home on January 19, 2023.

Gilbert was preceded in death by his wife of 54 years, Bonnie Kimbrough and son by birth, Scott Johnson.

To send flowers to the family or plant a tree in memory of Gilbert Thomas Kimbrough, please visit our floral store. 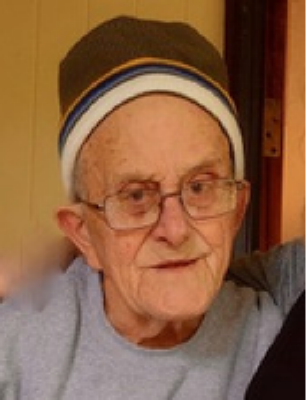 You can still show your support by sending flowers directly to the family, or by planting a memorial tree in the memory of Gilbert Thomas Kimbrough
SHARE OBITUARY
© 2023 Newell-Hoerling's Mortuary. All Rights Reserved. Funeral Home website by CFS & TA | Terms of Use | Privacy Policy | Accessibility