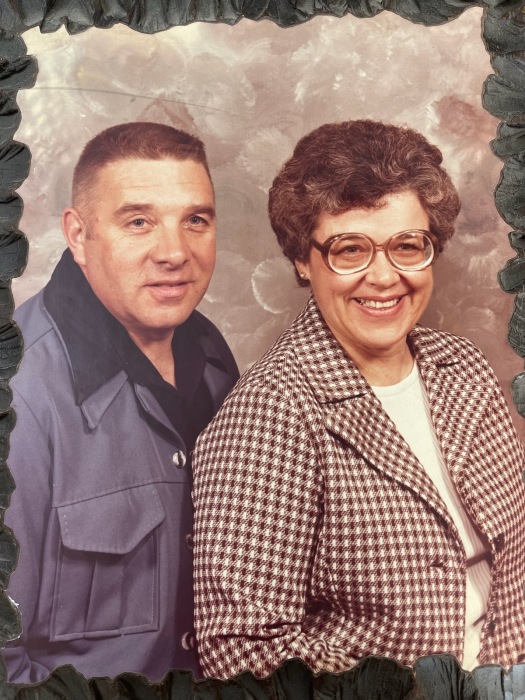 It saddens the family to announce the passing of Delores “Dee” M. Krause, 87, of Centralia, Wash., Thursday, March 11, 2021. Welcoming her to Heaven is her husband, Carl, whom preceded her in death in March of 2013. She was born May 7, 1933, in Libby, Mont., to David and Zelma Knapp.
Delores later moved to Centralia. She attended Centralia schools and went on to marry her high school sweetheart, Carl F. Krause, July 10, 1954. They had three children, sons, Wayne and Larry, and daughter, Susan Blankenship. Delores was blessed with five grandchildren, Toby and Monte Krause, Jason and Erik Krause, and Lance St. John; eight great-grandchildren, Dillan and Alexis Krause, Abby and Jocelyn Krause, Jay Krause, Tage and Lennox Krause, and Kourtney St. John. Her grandchildren adored her and she was an important part of their younger lives. Delores was a faithful, kind, and generous woman who was always there for her family and animals. She will be greatly missed, but her spirit remains alive and well within the hearts of us all.
Survivors include sons, Wayne (Tresa) Krause, and Larry (Debbie) Krause; daughter, Susan (Rick) Blankenship; five grandchildren; eight great-grandchildren; siblings, Juanita Cline, Vivian Borders, Charles “Beaver” Knapp, and Carl Knapp.
She was preceded in death by her parents; and brothers, Harold “Perk”, Dave, Terry, and Gary Knapp; and sister, Zelma Maez.
In lieu of flowers, please feel free to make donations in her name at your local animal shelter. She requested no service to be held. Her remains will be placed next to her husband
at Mountain View Cemetery in Centralia, Wash

Plant a tree in memory of Delores "Dee" Krause

A Memorial Tree was planted for Delores "Dee" Krause

Plant a tree in memory of Delores "Dee" Krause